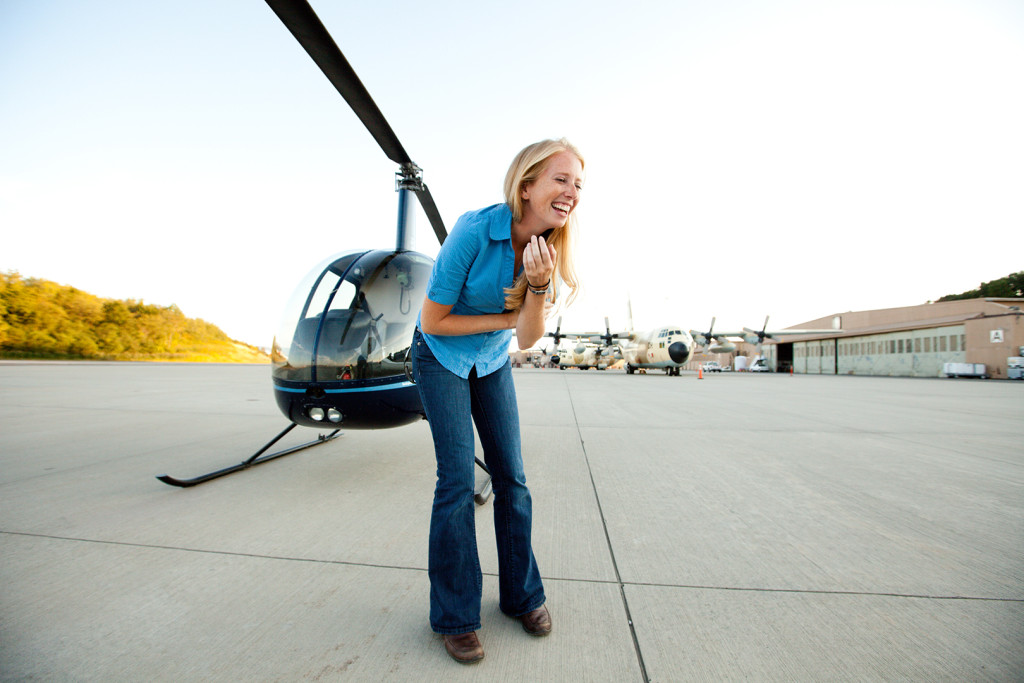 Not every little girl who turns out to be a pilot grows up wanting to be one;
I was one of those girls. I love animals and had wanted to work with them
since I was a child. I planned to be a veterinarian or a zoologist. I worked in
a Kennel and a Veterinary office until after college when I became an Animal
Researcher. I loved all of my jobs and was content in my career choice. I
went to college for Biology and planned to follow my dream. There was
something missing in my life through all of that, I just didn’t know what it
was until later.

When I graduated college with my bachelor’s degree I decided to travel a bit
before I settled into my career path. My friend had suggested taking a
summer abroad to study art or whatever was available to get over the pond
(the Atlantic Ocean). Before I knew it we were off to London to study art
for a month and then back pack across Western Europe for another month.
So there I was with my Biology degree, a good career and set up in New
York. The only problem was that I fell in love with flying while I was in
Europe, not Biology. We took a huge jet to London, then to Paris, then to
Scotland and then to Ireland. Being the independent person that I am, I
thought to myself, if they can fly, so can I!

When we came home to New York I decided it was time to pack up again and
move to San Diego. I had the travel bug, the urge for change and different
experiences, people and climates.

Within months of moving to San Diego, I decided it was time to start
figuring out this “flying thing” that had gotten me so excited in Europe. I
found a few classes at a community college that I could take for free. I had
no clue what I was getting into, how to achieve what I wanted or what the
end goal was going to be. My first class was taught by a female airline
Captain, Dr. Amy L. Fraher; she was my inspiration, my proof that I could
do this. The one thing that she said to me that really stuck out was that I
should consider a career in helicopters. She said helicopter pilots make
more money starting out and the industry for Helicopter pilots is much more
stable than that of the airlines. As fate would have it, that week I heard an
ad on the radio for a helicopter flight school seminar where they were going
to be doing free helicopter rides for potential students. I was hooked! I
registered for the seminar, filled out an application and was called back over
the next few days for interviews. I went for my helicopter ride and fell in
love; I knew from that moment that this was exactly what I wanted to do
with my life. I enrolled in the school and 20 months later I was a Certified
Helicopter Flight Instructor.

Being a pilot wasn’t as easy as I thought it was going to be. I worked for a
company that went bankrupt 6 months after I started, and then another company for 8
months until I opened my own helicopter flight services company. I
have been flying since 2005; I have owned the helicopters and the
company since 2008. I try to spread my love of aviation to every single one of my
students. If someone had told me when I was younger that I would
someday be flying helicopters; I would have never believed them. There are
very few women in aviation and even fewer flying helicopters. I am proud to
call myself a Helicopter pilot. Girls With Wings